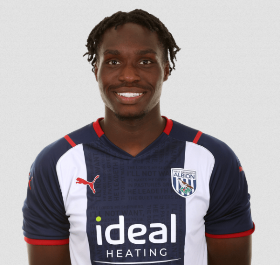 Allnigeriasoccer.com understands that left-footed central defender Kevin Joshua has emerged as a transfer target for three Premier League clubs ahead of the opening of the transfer window.
The 19-year-old has established himself as a key player for West Brom development squad since his move in March 2021.
Tottenham Hotspur, Fulham, Aston Villa and Southampton are exploring ways to sign the talented Irish-Nigerian center-back, who has put himself in the shop window with a string of fine performances for West Brom U23s.
Unsurprisingly, Joshua is being linked with a possible move to Aston Villa, who have had their eyes on the outstanding youngsters in West Brom's youth system.
The Lions have poached Nigerian midfielder Tim Iroegbunam as well as Finley Thorndike and Finn Azaz from the Baggies academy in the last five months.
Joshua earned a lot of praise after starring in West Brom's 4-1 rout of Premier League 2 table toppers Arsenal in the Premier League Cup on Thursday, scoring with a header following a set-piece ten minutes into the second half.
Joshua had a solid performance against the Gunners, making four interceptions, four blocks, completed nineteen out of nineteen short passes and two out of three long passes.
The 6ft 6in defender was dominant in aerial duels, winning five out of five headers he contested, one of which was a goal.
Communication with his teammates was good majority of the game however he did get mixed up with the other center-back who was meant to pick up the Arsenal striker on one occasion.
Ifeanyi Emmanuel
Photo Credit : wba.co.uk
Copyright ANS