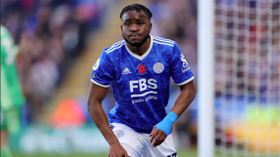 Ademola Lookman has admitted that Legia Warsaw will pose a stiff test for Leicester City in Thursday's Europa League matchday five clash at the King Power Stadium but is targeting a win against the current Polish champions.
Legia were a tough nut to crack earlier in the Europa League campaign as evidenced by the Foxes suffering their only defeat in the competition to the Polish champions back in September.
Lookman has made a positive impression in Cup matches since his loan move from RB Leipzig, scoring two goals in five games of which three were substitute appearances in the Europa League.
In an interview with City's Matchday Magazine, the 2017 U20 World Cup winner said : "Whenever you’re playing in Europe, you’re coming up against a good team.
"Unfortunately, we lost to them over there, but we will be looking to use that experience to win our game here. In that game over there, they were very intense, they fought a lot and they made it difficult for us.

"We couldn’t get a victory out of the game, but hopefully this game will enable us to force ourselves on them, take the fight to them and show our true qualities."
A positive for Brendan Rodgers' team ahead of the meeting with Legia is that Nigeria internationals Kelechi Iheanacho and Wilfred Ndidi are seemingly in contention to feature after missing the first leg at Stadion Wojska Polskiego.
Leicester City can go to the summit of the Group C standings if they beat Legia and Napoli fail to win at Spartak Moscow on Wednesday.
Igho Kingsley
Photo Credit : lcfc.com
Copyright ANS