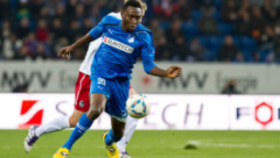 With a statement on their official website, Premier League giants Manchester United have confirmed the appointment of Ralf Rangnick as interim manager until the end of the season, subject to work visa requirements.
The 63-year-old German football tactician has left his role as Managing Director Sport and Communications at Russian club Lokomotiv Moscow to take charge of Manchester United.
Michael Carrick has been coaching the Red Devils since the dismissal of Ole Gunnar Solskjaer on November 21.
Ralf Rangnick, who is credited with inventing gegenpressing, has worked with two former Super Eagles strikers in the past.
He coached Chinedu Obasi at Hoffenheim and Jonathan Akpoborie at VfB Stuttgart.
Undoubtedly, Obasi had his most productive spell as a striker under the guidance of Rangnick with a goal involvement of 43 (26 goals, 17 assists) in 86 appearances for the village club.
Akpoborie made four Bundesliga appearances in the 1998-1999 season with Rangnick in the VfB Stuttgart dugout, logging 241 minutes without finding the net.
Rangnick played a key role in the temporary transfer of Chelsea's Nigeria-eligible winger Faustino Anjorin to Lokomotiv Moscow in the summer transfer window.
Ifeanyi Emmanuel
Photo Credit : tsg-hoffenheim.de
Copyright ANS