Subscribe
8 Nigerian transfers you may have missed due to AFCON including 3 Super Eagles midfielders
Published: January 19, 2022 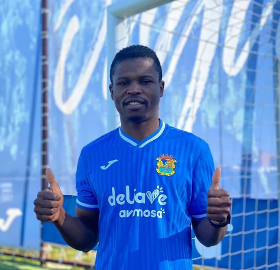 Allnigeriasoccer.com has compiled a list of eight confirmed transfers involving Nigeria-eligible players you may have missed due to the ongoing Africa Cup of Nations, including three Super Eagles stars changing clubs.

Super Eagles midfielder Azubuike Okechukwu is first on the list. The 2016 Olympics bronze medalist has returned to Yeni Malatyaspor for a second spell, joining YMS on loan from fellow Super Lig side Istanbul Basaksehir until the end of the 2021-2022 campaign.

Mikel has signed a five-month deal with CF Fuenlabrada, until the end of the current season.

This is the first time the Bujoc product has transferred to a non-Scandinavian club since moving abroad in 2014.

The former Liverpool and Bournemouth winger has been without a club since his departure from Derby County in 2021.

Former United States U20 international Jalil Anibaba sealed a move to Columbus Crew on January 14, a day before the Super Eagles defeated Sudan in their second group game at the Africa Cup of Nations.

A defender by trade, Anibaba has joined Columbus Crew for the 2022 Major League Soccer season with an option for 2023.

Hungarian record champion Ferencváros has signed one of the top scorers in the Czech Fortuna Liga, Fortune Bassey.