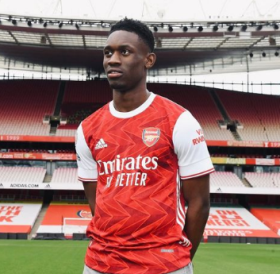 Bournemouth midfielder and Super Eagles target Philip Billing was ranked the second most valuable player in the division at eighteen million euros.

The two-cap Denmark international had an outstanding season with Bournemouth, helping them secure promotion to the Premier League and was named in the official EFL Championship Team of the Season.

The attacking midfielder was a non-playing substitute on Friday night as Huddersfield Town and Luton played out a 1-1 draw.

Liverpool loanee Sheji Ojo, who logged only 136 minutes in the second-tier in 2022, received a downgrade and is now valued at €2 million.

And the same applies to Super Eagles stars Semi Ajayi (West Brom) and Josh Maja (Stoke City) who are rated at €4m and €3m respectively.

The central defender and striker dropped by one million euros each, compared to their valuations in November 2021 and December 2021 respectively.