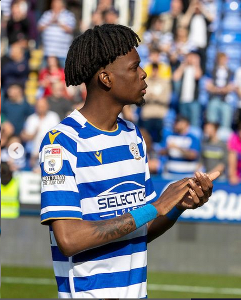 Legendary Manchester United midfielder Paul Ince has been appointed as Reading manager on a permanent basis, the official website of the Championship club has reported.

Ince is staying on as Reading manager after helping the club avoid relegation at the end of the season.

A key member of England's squad to the 1998 World Cup, Ince was initially appointed interim boss of Reading in February 2022 following the sacking of Veljko Paunovic.

The 54-year-old would be coaching at least one Nigerian player in the 2022-2023 campaign if Super Eagles hopeful Ovie Ejaria does not move on to pastures new in the summer transfer window.

In the recently concluded season, Ejaria featured in eleven matches with Ince in the dugout, winning three games, drawing two and losing six.

Femi Azeez, the elder brother of Arsenal starlet Miguel Azeez, made three appearances under Ince but the striker's contract runs out at the end of next month.