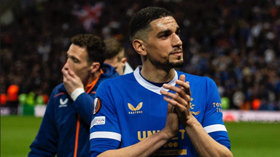 Arsenal Invincible Jens Lehmann has admitted that he knows Rangers' German-born Nigeria international Leon Balogun but looking at the bigger picture, he is rooting for Eintracht Frankfurt to beat their Scottish opponents in Wednesday's Europa League showpiece in Seville.

Lehmann underlined that Frankfurt would be desperate to win the Europa League as it's their only chance of playing European football next season.

"It will be a massive game for Frankfurt because they only finished eleventh in the Bundesliga so this is the game they have to perform."

Balogun has not started a Europa League game for Rangers since a 1-0 loss to Sporting Braga in the quarterfinals of the competition.