...the complete Nigerian football portal
Subscribe
Four top Nigerians out Of contract this summer - and where they may end up
Published: May 26, 2022 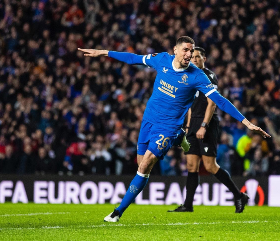 Everyone is acutely aware of the sheer quality of footballers being produced both in Nigeria and of Nigerian heritage. The likes of Napoli’s Victor Osimhen, and Leicester City’s duo Wilfred Ndidi and Kelechi Iheanacho all represent the Super Eagles. Admittedly, those three and their teammates haven’t qualified for the World Cup this winter, despite being expected to be there. But their immense quality cannot be overlooked, hence why you can bet on the top European leagues that they feature in, week in, week out, with online bookmakers such as Mr Green.

None of Nigeria’s biggest names are out of contract this summer, which underlines the country’s quality. The world’s biggest clubs have tied down our greatest talents to long term deals. But there are still some bargains to be had in the transfer market this summer. Here we take a look at four of them.

Winger Anthony Nwakaeme is coming off one of the best seasons of his career, even at the age of 33. He’s featured in all but eight league games this term for Trabzonspor, en route to them lifting their first Turkish Super Lig crown in 38 years. He opened the campaign with four goals in his first four games and has added a further eight throughout the campaign, alongside ten assists. Not a bad return at all, hence why fans of the newly crowned Turkish champions have built a statue in his likeness.

Nwakaeme isn’t a household name among Super Eagles fans and has only appeared once for his country, in a 1-1 draw with Algeria way back in 2017. Given his form this season, it’s surprising that his manager Abdullah Avcı hasn’t offered him a new deal, but the in-form Nigerian would definitely be a coup for most top league sides outside of the continent's resident “Big 5.” 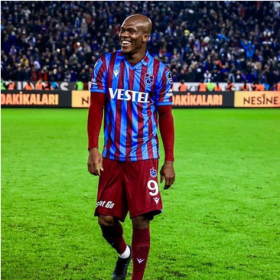 If Anthony Nwakaeme has had a good season, then what about central defender Leon Balogun? He has a major European final right around the corner. His Rangers side have been sensational on the continental stage this season, defeating German giants Borussia Dortmund and RB Leipzig on their path to the Europa League final. It’s their first European final since they were defeated 2-0 by Zenit St. Petersburg in Manchester back in 2008, and Balogun will be hoping he can lead his teammates to go one better this time around.

During the campaign, the centre back - who can also operate at full-back - has been a colossus, featuring more often than not and even scoring in the group stage victory over Brondby and the last sixteen win against Serbian champions Red Star Belgrade.

Injuries last season restricted him to just 19 games as Rangers won the Scottish Premiership, their first in ten years, stopping their arch-rivals Celtic from winning a coveted ten in a row in the process. Their defence of that crown hasn’t gone well, being pipped to the post by their resurgent city rivals, with Balogun once again suffering from a few knocks to only feature 18 times.

Despite being born in Berlin, the cultured centre-back has featured for Nigeria on 45 occasions thanks to his heritage through his father being Nigerian-Yoruba. He even played home and away against Ghana in the recent World Cup qualifying disappointment.

The youngest player on this list at just 25-years of age, Fred Onyedinma has the majority of his career still ahead of him. His Luton Town side have reached the playoffs in the English Championship, so before his time at Kenilworth Road is up, he may have a promotion under his belt. Unfortunately, it’s safe to say that the powerful winger has not hit the heights expected of him when he was brought to Bedfordshire by manager Nathan Jones.

Two years ago, before arriving in Luton, Onyedinma impressed during Wycombe Wanderers' relegation from the second tier of English football. He played in 43 of The Chairboys' 46 games that season. Despite only providing seven goals and assists during that time frame, the young winger was a constant threat down the left-hand side, hence why The Hatters snapped him up at the end of the campaign.

This season, Onyedinma has had to settle for being a bit-part player, despite his immense quality. Whilst that quality is undoubtable, Jones’ side has been performing above all expectations in reaching the playoffs on a shoestring budget and the manager hasn’t wanted to change his winning side.

Despite being just 25 years old, the Luton-man has already proven himself to be an experienced winger, amassing 295 appearances in senior football thus far. He used to play with players such as Alex Iwobi and Joe Gomez in his youth days, and would be a great addition to another English Championship side next term.

When Joel Obi broke into the Rafa Benitez’s Inter Milan first team at barely 19 years of age, it appeared that the then-young Nigerian midfielder had the world at his feet. It hasn’t quite worked out as planned for him since those days back in 2010, but in the decade-plus since, Obi has proven himself to be a solid Serie A campaigner. He now has over 200 Italian top-flight appearances to his name and could still do a job there next term.

The club based in Southern Naples have been fighting for their lives this season. They currently find themselves two points clear of the drop zone with just one game to play, and will be doing their utmost to avoid an immediate return to Serie B. Unfortunately Obi hasn’t been a crucial part in their survival effort, missing the majority of the second half of this term due to various different injuries. The central midfielder will be hoping this doesn’t put off potential suitors and, still aged just 30, he will still have something to offer clubs in major European leagues next season.