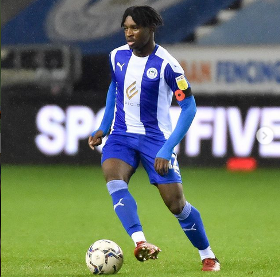 Championship newcomers Wigan Athletic have published their retained and released list following the conclusion of the 2021-2022 season.

The Latics have made a decision on the future of two Republic of Ireland youth teamers of Nigerian descent.

Republic of Ireland U20 international Timi Sobowale is among the U23 players leaving the club following the expiry of their existing contracts on June 30, 2022.

The defender joined Wigan Athletic in the winter transfer market following a successful trial and after previously playing for USL Championship side Real Monarchs.

Prior to his move to Stateside, he spent time at the academy teams of Manchester City and Villa FC.

Republic of Ireland U19 international Baba Adeeko is one of the young professionals retained for next season.