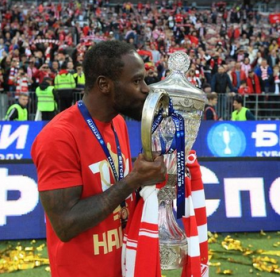 Transfermarkt recently updated the market value of players in the Russian Premier League and the Spartak Moscow midfielder was rated at 3.5 million euros.

Previously, Moses' lowest market value in the last decade was four million euros he got on February 6, 2012, six months before his move to Chelsea.

The 2013 Africa Cup of Nations winner has been suffering downgrades since he lost his spot in the Chelsea first team during the 2018-2019 season following the departure of manager Antonio Conte.

It is believed that Moses' drop in market value to a low 3.5 million euros is due to his age and the coefficient of the Russian Premier League.

The 31-year-old is the tenth most valuable player in the Spartak Moscow squad, 58th in the Russian Premier Leaue and 29th when it comes to players classed as Nigerians.

Moses has two years left on his contract with the Muscovites, whom he initially joined on loan in October 2020 before the move was made permanent the following season.

He helped Spartak Moscow win the Russian Cup in the recently concluded season.