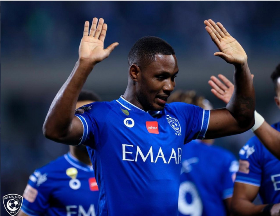 The report sensationally revealed that Ighalo was looking forward to returning to Europe.

Apart from a one-year association with Manchester United, the 2019 Africa Cup of Nations top scorer has worn the colours of Lyn Oslo, Udinese, Cesena, Granada and Watford in the past.

Coming off the best season in his career in terms of goals scored in a single campaign, Ighalo is proving that age is just a number.

The 33-year-old tallied a remarkable 28 goals in 39 all-competition appearances combined for Al Hilal and Al-Shabab FC (Riyadh) in 2021-2022 and featured in the Club World Cup.

Ighalo's wages could be a stumbling block to Besiktas' potential move to sign the former Flying Eagles captain.