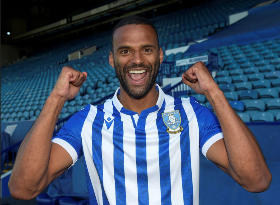 Through their official website, EFL League One club Sheffield Wednesday have announced the capture of Liverpool academy product of Nigerian descent Michael Ihiekwe.

Ihiekwe will complete his move to the Owls on July 1 upon the expiry of his contract with Championship newcomers Rotherham United.

The 29-year-old is set to join Sheffield Wednesday as a free agent after turning down a new deal at the AESSEAL New York Stadium outfit.

✍️ Give a warm Wednesday welcome to Michael Ihiekwe!#swfc pic.twitter.com/6Ln82lN4qx

Ihiekwe had a banner season at Rotherham United, helping them seal promotion to the second tier and was named in the PFA League One Team of the Year this summer.

On his curriculum vitae, the central defender has also worn the colours of Wolverhampton Wanderers, Cheltenham Town, Tranmere Rovers and Accrington Stanley in the past.