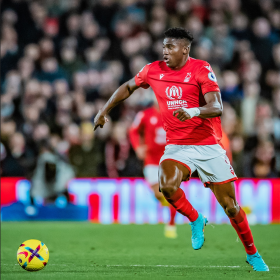 After impressing on loan at Union Berlin from Liverpool, Awoniyi was signed permanently by the club, and he was able to continue his red-hot goalscoring form, which helped Union Berlin finish 5th in the league and qualify for the UEFA Europa League.

Last season, Awoniyi was sensational for Union Berlin, scoring 20 goals  in 43 appearances across all competitions to set the club's Bundesliga goalscoring record.

However, one can not help but feel that the powerful striker may have made the move back to the Premier League too soon.

Awoniyi helped to take Union Berlin to Europe but he will now play for a club just promoted to the Premier League over one in Europe.

What if Nottingham Forest gets relegated back to the Championship during their first time in the Premier League for a long time?

Will he agitate for another move? It has happened with Fulham and it could happen to any team. It is important to note that stability is important in the career of a footballer.

Staying in Germany to play in the Europa League with Union Berlin could have helped put him in the shop window for bigger clubs in the Premier League, especially if he performs the way he did last season.

Awoniyi's move to Nottingham Forest may have come too early but allnigeriasoccer.com hopes that it works out for the Nigerian.