...the complete Nigerian football portal
Subscribe
'If we can do that' - 2019 Flying Eagles invitee targets promotion with Sheffield Wednesday
Published: July 05, 2022 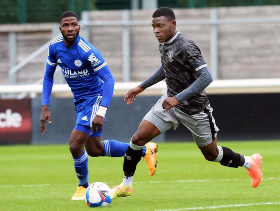 Fisayo Dele-Bashiru, who trained with the Flying Eagles in Germany before the 2019 FIFA U20 World Cup, is targeting promotion with Sheffield Wednesday in the forthcoming season.

The Owls kicked off their pre-season schedule with a friendly against Alfreton at the weekend and Dele-Bashiru was one of four Nigerian players given minutes by manager Darren Moore, the others being Dominic Iorfa, Dennis Adeniran and new signing Michael Ihiekwe.

Sheffield Wednesday missed out on promotion to the Championship in 2021-2022 after they were beaten on aggregate by Sunderland in the League One playoff semifinal.

The Hillsborough Stadium outfit were topping the table in August, only for them to suffer a blip in form that ultimately cost them an automatic promotion ticket.

In quotes relayed by The Star, Dele-Bashiru said : "We need to have a better start to the season. The first few games last year we started well but after that we sort of tapered off a bit so it’s really just about keeping consistency going throughout the season.

"If we can do that, hopefully we can get promoted.

"There were quite a few games where we were ahead and conceded late goals and that’s one thing we’ve spoken about this season, when we’re ahead keeping our heads and seeing the games out. Hopefully we can do that."

Dele-Bashiru has entered the last one year of his contract with Sheffield Wednesday, who are making plans to tie down the central midfielder to a new deal.