Watford goalkeeper Maduka Okoye has liked an Instagram post by Manchester United confirming their capture of Tyrell Malacia from Feyenoord.

The left-back has put pen to paper on a four-year deal with the Red Devils, with the option to extend for a further year.

Malacia, United's first significant signing of the summer transfer window, made 136 career appearances for Feyenoord and has represented the Netherlands at all levels, from U16 to senior side, with five full international caps to his name.

Okoye was delighted that Malacia has completed his move to Old Trafford and the Super Eagles goalkeeper was among the 549,066 Instagram users that liked the post announcing the signing of the Dutchman. 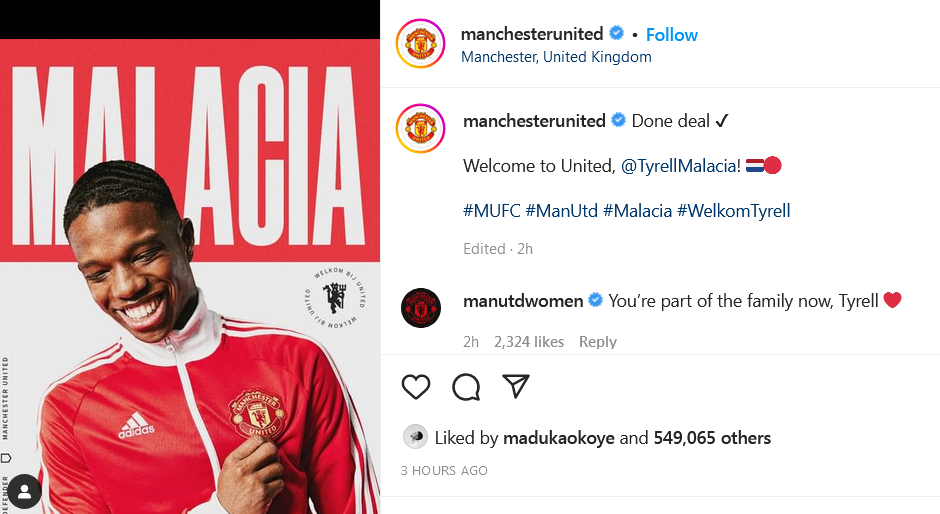 The Nigeria international knows Malacia from his time in the Dutch Eredivisie as the two players were based in the same city Rotterdam.

Okoye and Malacia faced each other four times while in the Netherlands, with Sparta Rotterdam losing all the matches.

A January signing from Sparta Rotterdam, Okoye made his unofficial debut for Watford on Saturday, playing the first half of a 3-1 loss to Cambridge United.