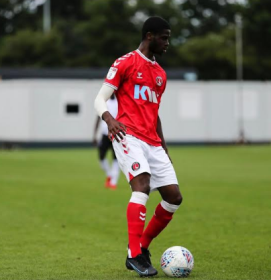 Through their official website, League One club Charlton Athletic informed on Monday that two players of Nigerian descent have signed their first professional contracts with the Addicks.

Charlton have been able to convince Jason Adigun and Tolu Ladapo that their future lies with the club as both were heavily courted by clubs higher up the English football pyramid.

A midfielder by trade, Adigun has put pen to paper on a two-year contract that will keep him at the Valley until June 30, 2024, while Ladapo has inked a contract until the end of the 2022-2023 campaign.

The two Nigerian youngsters were part of the Charlton U18 squad that won the Professional Development League 2 - South title, finishing fourteen points ahead of second-placed Colchester United.

Commenting on his new deal, Adigun said : "Signing my first professional contract with Charlton is a great feeling. At the start of my career not everything was going how I wanted it to go, but this club gave me a pathway."

Ladapo added : "I'm very proud to have signed my first professional contract. Hopefully this is the first of many and I will continue my progression.

Adigun and Ladapo will be aiming to follow in the footsteps of Nigerian central defender Deji Elerewe who signed his first professional contract at Charlton in November 2021 and recorded eleven appearances for the first team over the course of the 2021-2022 season.