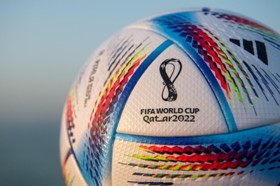 FIFA World Cup 2022 in Qatar has never been a football event like all the others since day one. Let's mention only a few new aspects that this FIFA World Cup edition brings to light. First of all, the location is unconventional: Qatar, a small kingdom in the heart of the Middle East region, is the first in the football history of FIFA to host an international event of this scale. But that's not all because the organizers planned to offer even more than one match on the same day. It should be an occasion for foreign football fans to move to the country and take in its culture in the meanwhile.

The particular affinity between the Arabic culture and the concept of luxury is another new aspect of this long-awaited football event. Each of the eight stadiums dedicated to the World Cup matches is packed with unparalleled high-tech and unbridled luxury for everyone. What about the money? We all know that Arabic people aren't second to anyone when it comes to spending money: Qatari officials revealed that the entire organization of FIFA World Cup 2022 has already come with a cost of about $200 billion for building new stadiums, roads, infrastructures, and hotels.

There are plenty of new facts coming along with the World Cup 2022 for all fans. We suggest you look at this page of 7AlalCasino, which sums up all the most interesting facts about the Qatar 2022 FIFA World Cup.

Most expert FIFA tournament fans have surely noticed that the 28-day lasting Qatari World Cup will be the shortest FIFA tournament ever played in history. If you are still looking for new facts about the coming-soon Qatar World Cup 2022, consider that this edition will also be the last FIFA edition with 32 participant teams: the next edition in 2026 will feature 48 teams.

With a stunning new location, FIFA World Cup 2022 comes with a new season arrangement: the hosting country doesn't offer comfortable weather conditions during summer. That's why FIFA organizers decided to place the tournament in a different period with better conditions for the players and fans from outside the region.

As you've just noticed, each day will host multiple matches (from 2 to 4) on the same day. But this is not a big issue since all the stadiums are only 35 miles from Doha, Qatar's capital city, which makes it simple for fans to move from stadium to stadium. In particular, the World Cup stadiums in Qatar are in the following places: Al Bayt Stadium in Al Khor, Al Rayyan Stadium in Al Rayyan, Al Janoub Stadium in Al Wakrah, Al Thumana Stadium in Doha, Education City Stadium in Doha, Khalifa International Stadium in Doha, Stadium 974 in Doha and Lusail Stadium in Lusail. 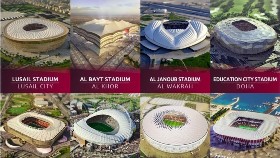 Everything seems to be almost ready for the kick-off on 21 November. The qualified teams will participate in 48 matches as follows in our list.

The particular location of all the Qatar's World Cup stadiums makes this tournament a golden chance for all fans to travel across the country, enjoy multiple matches in a day, and taste the ancient culture of Qatar. Also, each stadium offers high-tech innovations like no other stadium in the world to enhance the football experience for players and fans: AI sensors and robot referees are only two of the several state-of-the-art innovations in Qatar 2022. This FIFA edition seems to be able to transform the everyday football experience into a completely futuristic new one. Qatar World Cup 2022 is ready to welcome to the next-generation football tournament ever played on the planet!