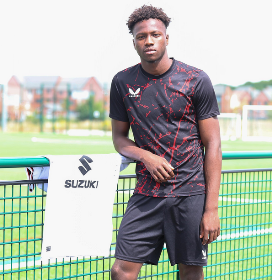 Brentford's 2022 European U19 Championship winner Daniel Oyegoke has joined Milton Keynes Dons on a season-long loan, the League One club announced through their official website on Wednesday.

The Arsenal Hale End Academy product switched to Brentford last summer after rejecting a professional contract at the north London club but has yet to make his senior debut for the Bees.

Oyegoke was a regular for Arsenal's youth teams, featuring in the Papa John's Trophy, U18 Premier League, Premier League 2 and FA Youth Cup before departing the Emirates Stadium.

Having narrowly missed promotion via the playoffs in 2021-2022, MK Dons have embarked on a massive recruitment ahead of the new season, with Oyegoke the club's thirteenth signing this summer.

"I’m very happy to be here and hopefully I can help the team have a very good season," Oyegoke told iFollow MK Dons.

"The brand of football attracted me to come here as well as the manager and the way he works – it was something I was eager to be a part of.

"I’m buzzing for the opportunity to play league football and hopefully I can show everybody what I’m about while helping the team achieve its goals."

In his first season at Brentford, Oyegoke made twenty-four appearances in all competitions for their B team.