If you are an avid bettor and have a vast experience in football betting, then there’s no better place than a top-notch bookmaker. All you need to do is undergo a nimble Betwinner Ghana registration, verify your identity, and place bets on different football matches.

There are several ways to bet on exhibition matches to the upside. Let's take a closer look at them:

In a friendly game, it is problematic to determine the motivation of the favorite. For many teams, a friendly game is just a testing ground, but an underdog can play as composed as possible in such games. A victory over a high-profile opponent, even if it is a friendly game, gives confidence to a weaker team.

Since the risks  here increase, you should lower your betting amounts somewhat. Football players practice in friendly matches and hone different game schemes, so why not experiment with game strategies?

When are the most frequent bets on friendly matches? 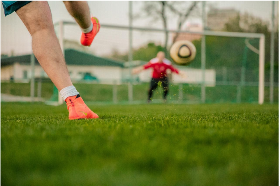 In the world of football  there are fairly long periods when there is a lull in the major championships. In winter the pause is not long-lasting, and in the EPL, for example, under the New Year, the most interesting things traditionally begin. But it is much harder with the summer break.

The major European leagues synchronously go on vacation, and the European Cup winners have also been decided by that time. The best case scenario is that a big tournament (Euro or World Cup) will take place in the summer, though you will have to wait a few weeks even before that. At worst, you will have to wait until the start of the next season.

There are three ways to solve the problem for sports betting fans. The first is to take a break and rest. Professionals recommend using such breaks from time to time, to accumulate strength and recharge your emotions. The second option is to switch to another sport or little-known league.

Often friendly games are called exhibition games, and there is a reason for that. In many ways, these meetings are elements of the show, which is designed to entertain the public. It is worth looking at least the exhibition matches of European clubs in the United States and China to see this. Since the public loves goals, the teams play the most uninhibited defense, focusing on attacking actions. Therefore, more than four goals are often scored in such matches.

You should not count on high earnings from betting on sports in friendly games. Friendly matches are much harder to analyze than official tournaments. The result takes second place, and the teams are often in different physical conditions. The two main mistakes in betting on friendlies are rushing and using small odds.

Low odds and betting on favorites are extremely dangerous. Bookmaker margins in friendly games are noticeably higher, and the giants perceive them solely as a stage of preparation for the season. In this regard, there are regular situations when the championship medalist cannot beat a representative of the third or fourth division.

For the outsider, such a meeting is the rarest chance to test themselves against a top club, which leads to high motivation. Therefore, betting against the favorite in the control games regularly justifies itself.

Is it profitable to bet on friendly games?

Yes, it’s a pretty profitable strategy, however it’s hard to predict who will be victorious in a match. Underdogs can beat the obvious favorites out of blue.

What squads do the teams usually use during the matches?

More often than not, teams are coming with brand-new rotations putting their new players on the map. It’s a perfect chance for them to show their talents and score goals.