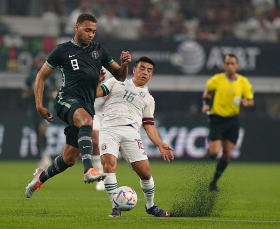 Cyriel Dessers has been recognized for his outstanding performance in the latest round of matches in the Belgian Pro League, with football statistics website Whoscored naming the striker in its Team of the Week for the division.

The Super Eagles star bagged a brace and provided an assist in the space of twenty-five minutes in the first half as Racing Genk claimed their first win of the season, a 3-1 success vs Standard Liege.

In doing so, Dessers took his goal involvement for the season to four, having opened his account in the opening round of matches in the division.

The 27-year-old has been the preferred striker option for manager Wouter Vrancken since the start of the 2022-2023 season as his rival for a starting spot Paul Onuachu is still recovering from an adductor injury. 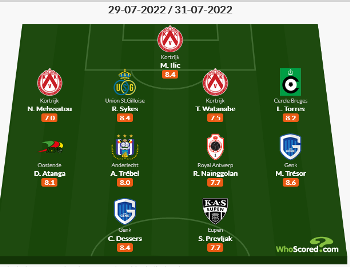 Against Standard Liege, Dessers registered a game-high four shots with three on target, made one key pass, won one aerial duel and was accurate in 81.3 percent of his passes.

On the flip side, he committed four fouls, the most by any player that tasted action.

Dessers spent last season on loan at Feyenoord Rotterdam, where he scored 20 goals in 41 all-competition appearances.