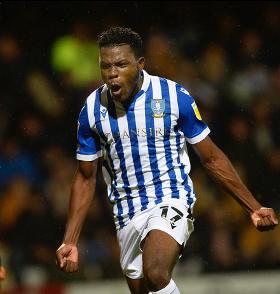 2019 Flying Eagles invitee Fisayo Dele-Bashiru has been included in the League One Team of the Week for matchday one for his performance during Sheffield Wednesday's 3-3 draw with Portsmouth at Hillsborough on Saturday.

The Manchester City academy product has been recognized by both the English Football League and Whoscored after bagging a stunning brace against Pompey.

Six minutes into the second half, Dele-Bashiru smashed the ball past the Portsmouth goalkeeper to restore the Owls one-goal advantage and scored a crucial equaliser in the 81st minute when he fired an unstoppable shot into the top corner.

📋 The standout performers from matchday 1⃣ in #SkyBetLeagueOne! 🌟

The 21-year-old earned a rating of 8.31 for his efforts against Portsmouth.

In a 4-3-3 formation, Dele-Bashiru has been deployed in midfield along with Hendry and Scowen.

Against Portsmouth, he registered four shots with two ending up in the back of the net, made one key pass, was accurate in 85.7 percent of his passes, completed one dribble and won two fouls for his team.

Looking at his defensive stats, Dele-Bashiru made one clearance and gave away one foul.