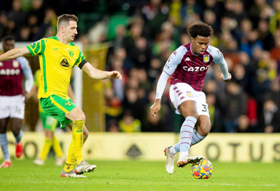 Chukwuemeka has been given permission by the Villains to travel to London where he will discuss personal terms and undergo medical examinations ahead of penning a contract.

The Anglo-Nigerian had just one year left on his existing contract with the Villains and refused penning a new deal due to concerns over his playing time.

It is safe to say that Chukwuemeka's value has increased since he helped the Young Lions win the 2022 European U19 Championship with stellar performances which culminated in three goals and two assists to his name.

The 18-year-old leaves Villa having made sixteen first team appearances of which three were starts.