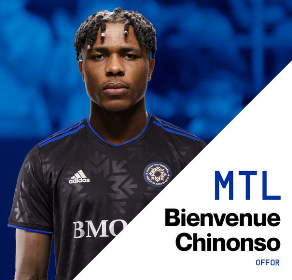 The Soldier Field outfit will receive an additional $275,000 in GAM if Offor achieves certain performance-based metrics with Montreal, and they will also receive a percentage of a future transfer fee if he is transferred to a non-Major League Soccer club.

The 2000-born striker departs Chicago Fire after making forty-two appearances in all competitions, in which he registered two goals and two assists.

He started his professional career at BFC Daugavpils and played for Real Sapphire in his homeland before moving abroad.