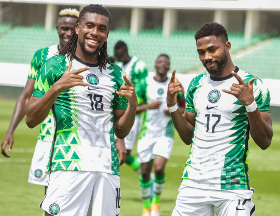 As the new Premier League season kicked off in full during the first weekend of August, many Nigerian football fans were cheering their teams on at their favorite viewing centers. Those who watch at home have performed the traditional remote swap and ensured their televisions are fully set for the 380 Premier League games of the 2022/2023 season.

The start of the new season also signals the resumption of active sports betting, a favorite pastime of many Nigerian fans who watch the English Premier League. Since Nigeria lost out on qualifying for the FIFA world cup, Nigerians have been clamoring for their national team selection to be based on the merited performances of their players in their club sides. Nigerians no longer want their coaches to select players based on other factors outside merited club-side performances.

Nigerian footballers in the Premier League hope their performances can help them seal a call-up to the national squad. The new coach of the Super Eagles, Jose Peseiro, is well aware of this. He has championed it in his first squad call-up for the qualifiers for AFCON 2023. The players also know they must impress the new coach to earn a call-up.

Since Alex Iwobi moved from Arsenal to Everton, there have been a lot of questions about his performances for the Toffees and the Super Eagles. Iwobi had a poor showing at the last AFCON tournament. Still, he used that disappointment to turn up for Everton and help the club to avoid relegation. Everton manager, Frank Lampard, has been full of praises for Iwobi, and Nigerian fans will be hoping that Iwobi can fully regain his creative spark once again.

Joe Aribo made the summer move from Rangers to join the Saints. Southampton was able to capitalize on the Nigerian Midfielder’s low buyout clause to bring him down to England. Aribo is a creative engine room who is equally strong and has an eye for goal. He has been a pivotal player for the Super Eagles since his call-up to the side. Many Nigerians believe his move to the English Premier League will improve Aribo’s game.