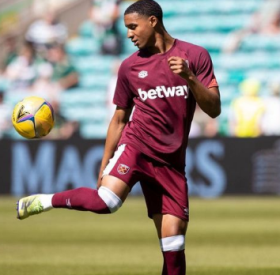 The Athletic UK's West Ham writer Roshane Thomas has claimed that Emmanuel Longelo and Armstrong Okoflex are likely to leave the club on loan when asked to mention the youth players he thinks will breakthrough this season.

Okoflex arrived at the Hammers in the summer of 2021, signing a two-year deal with option for a further season.

The promising striker has received fourteen call-ups for first team games, including eleven in the English Premier League, but was not utilized off the bench by manager David Moyes.

He ended the 2021-2022 season as West Ham's development squad top scorer with 18 goals in twenty nine appearances across all competitions.

Okoflex made his professional debut against Hibernian in January 2021, wearing the colours of Glasgow Celtic.

He came through the Arsenal youth ranks, spending five years at the academy and turned down a scholarship prior to his switch to Celtic in the summer of 2018.