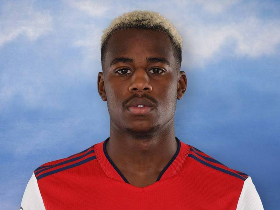 Lewis trained at the Eliteserien outfit last week with a view to a transfer but has not been offered a deal following the conclusion of the trials.

Touted to be one of the rising stars of Norwegian football two years ago, the Norwegian-Rwandan has not managed to break into the Arsenal first team.

Lewis is not age-eligible to be included on Arsenal's Premier League 2, Premier League and Europa League rosters as an U21 player, which puts his future at the Emirates Stadium in doubt.