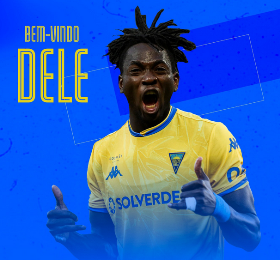 The 21-year-old has earned a move to the Canaries after his fine start to the 2022-2023 season, registering five goals and two assists in eleven matches across all competitions.

The highlight of his season so far came in the UEFA Europa Conference League second qualifying round first leg tie against Newtown at Štadión Antona Malatinského, where he netted a hat-trick in the space of 27 minutes in the first half.

Bamidele has moved on to pastures new thirty one months after his arrival in Europe from Nigerian grassroots club Obazz FC.

After four games in the Portuguese topflight, his new employers Estoril Praia are fifth in the standings with seven points having won two matches, drawn one and lost one while scoring seven goals and conceding three.