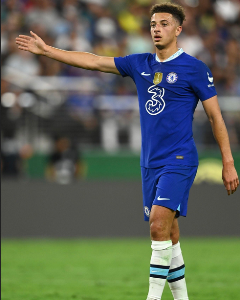 Luca Gotti, coach of Italian Serie A club Spezia, has revealed that Chelsea have advised him to deploy Ethan Ampadu as a central defender.

The Wales international of Ghanaian descent joined Spezia in August 2022 on a season-long loan from Chelsea.

Ampadu's main position on the pitch of play has been constantly up for debate as he has featured both in midfield and center half.

During his loan spell at Venezia, he was mostly utilized in midfield, playing twenty-three games in that position.

Chelsea have now asked Spezia not to play him in any position other than the heart of the defence.

"[Ampadu] has no centimeters but he has strong physicality, willingness to play football. For these characteristics he was used as a wild card: [Venezia] put him on the pitch and then they chose the other 10.

"Chelsea, however, recommended me to use him with his role and these are discussions that we will carry on. They think he will return to Chelsea as a central defensive player".

Ampadu has also previously had loan spells at Sheffield United and RB Leipzig.