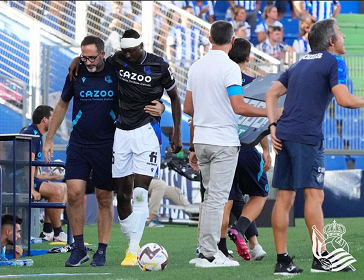 Real Madrid central defender Antonio Rüdiger has sent a message to Umar Sadiq after the Real Sociedad summer signing suffered a significant injury at the weekend.

The Nigeria international suffered a right knee sprain during the first half against Getafe and tests on Monday confirmed everyone's worst fears.

Sadiq has been diagnosed with a rupture of the anterior cruciate ligament in the right leg, an injury that could see him miss the remainder of the 2022-2023 season.

The 2016 Olympics bronze medalist will start a physiotherapy treatment and is scheduled to undergo surgery to repair the damage.

Rüdiger knows Sadiq from his time at AS Roma and both were on the pitch together in five Serie A matches against Bologna, Genoa, Chievo Verona, AC Milan and Juventus during the 2015-2016 season.

They put aside their friendship on the opening day of the La Liga  as the Germany international prevented Sadiq from scoring in Real Madrid's 2-1 win at Almeria. 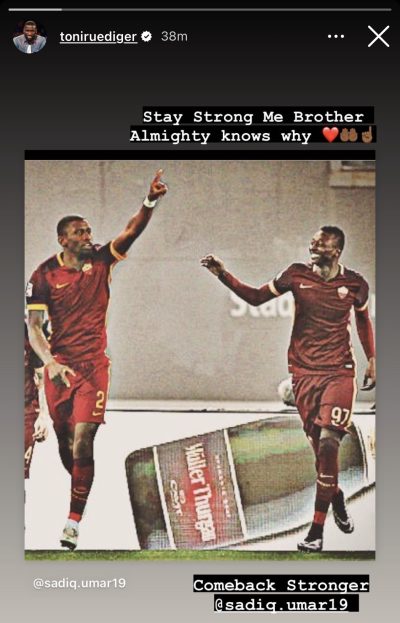 Sadiq, in his maiden season in the Spanish top flight, scored three goals in five appearances prior to his spell on the sidelines.