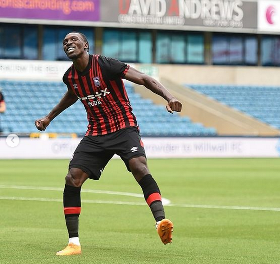 Arsenal U21s unbeaten start to the 2022-2023 season has ended at nine games after their 2-0 loss to Ipswich Town in a Papa John's Trophy clash at Portman Road on Tuesday night.

As for team news, 2011 Flying Eagles invitee Freddie Ladapo started for the Blues, Zach Awe and Nathan Butler-Oyedeji played the full game for the Gunners, while Joel Ideho came off the bench in the 86th minute.

Dominic Ball gave Ipswich Town a dream start when he met a corner at the far post and smashed the ball low past the Arsenal goalkeeper in the third minute.

In the 33rd minute, Graczyk denied Ladapo from doubling the advantage after the striker flicked the ball towards goal.

Five minutes from time, the former Rotherham United and Crystal Palace man made the game safe for Ipswich Town, slotting home with his left foot to make it 2-0.

It was Ladapo's second consecutive strike in the Papa John's Trophy, having opened his account for the season against Northampton Town last month.