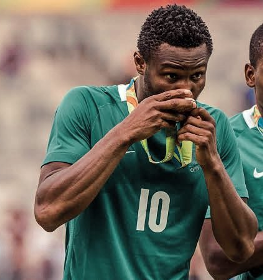 Mikel took to his Instagram handle to disclose his decision to draw the curtain on his football career.

The 35-year-old appreciated everyone who contributed to the success that he enjoyed during his time as a professional footballer.

Mikel during his 20-year old career won many laurels and he is regarded as one of the most decorated footballers to have come out of Africa.

He played a pivotal role in helping the Super Eagles of Nigeria win the 2013 Africa Cup of Nations held in South Africa.

Before his retirement from football, Mikel played in the Sky Bet Championship, Kuwait Premier League, Turkish Super Lig and the Chinese Super League.