...the complete Nigerian football portal
Subscribe
Ozoh's stunner against Chelsea U21s up for for Crystal Palace Goal of the Month
Published: September 30, 2022 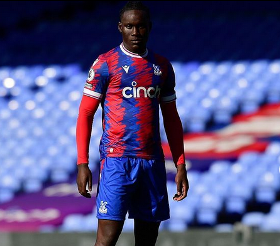 David Ozoh's stunning strike against Chelsea in a Premier League 2 clash staged at Selhurst Park on September 17 has been nominated for Crystal Palace's Goal of the Month for September 2022.

Eight minutes from time and with Crystal Palace trailing 3-1, Ozoh's goal helped the Eagles come from behind to earn a respectable draw.

The Anglo-Spanish-Nigerian defensive midfielder made it 3-2 with a piece of individual brilliance as he won the ball back deep in the Chelsea half before dancing into the penalty area and slotting below the goalkeeper.

Ozoh's goal against Chelsea was his first for Crystal Palace's development squad in the Premier League 2 and it came in his eighth career appearance in the division.

The highly-rated teenager was part of Palace's pre-season squad to Singapore and Australia, featuring in friendlies against Liverpool and Manchester United.

Ozoh, who joined Crystal Palace at the age of eight, signed his first professional contract in August 2022.