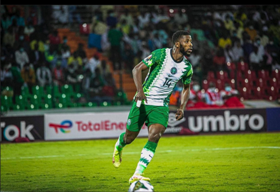 The Nigeria Football Federation have announced another international friendly for the Super Eagles.

The Jose Peseiro led side will take on CONCACAF team Costa Rica in an international friendly next month.

Both sides will clash on Thursday 10th of November, 2022 at the Estadio Nacional de Costa Rica in San Jose.

Costa Rica are competing in the their sixth World Cup next month and face Spain, Germany and Japan in Group E of the tournament in Qatar.

This will be the second time Nigeria and Costa Rica will be facing off in men's football.

The first time encounter occurred in 2011, where an 87th minute goal from Diego Madrigal led the North-Americans to a win.

In the recently released FIFA World Rankings, Costa Rica are in 31st place while Nigeria are rated the 32nd best football nation in the world.

Jose Peseiro will be looking forward to having a fit first team when the FIFA window for international friendly resumes, so as to enable him register his first win outside Africa.

The Super Eagles have won just two of the five five games played under the Portuguese gaffer.