Chelsea, Liverpool lagging behind Barcelona in race for Eagles star 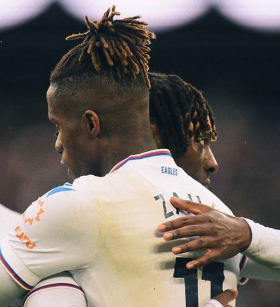 Zaha is amongst the most influential players in the English topflight, with a move away from Selhurst Park always springing up every campaign.

According to Spanish sports daily newspaper Sport, the Eagles winger has offered himself to the Catalan based outfit as he nears the end of his contract.

The 29-year-old's deal with Crystal Palace is set to expire in June 2023 and he has put contract extension talks on hold for now.

Per the report, Barcelona will not reject the former Manchester United man due to his ability and considering that he's coming for free.

Zaha is reportedly on the wishlist of Chelsea and Liverpool, but signing him is now a huge task as the player prefers to join the Xavi Hernandez led Barcelona.

Since making his debut for Palace, the former England youth international has played 442 games for the Eagles, scoring 89 goals and assisting 75 across all competitions.