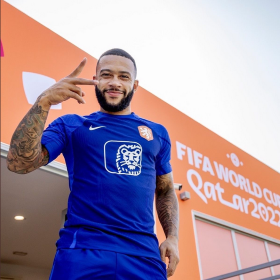 The Red Devils are in need of an attack minded player after initiating moves to terminate the contract of Cristiano Ronaldo for attacking Erik ten Hag and the Glazers in his interview with Piers Morgan.

According to Barcelona based Spanish sports daily Diario SPORT, ahead of the January transfer window, Erik ten Hag has now identified the Dutch star of Ghanaian descent as a cheap but quality replacement for the Portugal superstar.

The 28-year-old's days at the Nou Camp are numbered with his contact set to expire in June 2023.

Depay will be available for free in June 2023 and the likes of Arsenal and Chelsea could do battle if United fail to sign him in January.

The former Manchester United forward has had a season marred by injuries at Barcelona, but he is heading to the 2022 FIFA World Cup to help the Oranges have a good outing.

Depay is prolific at international level, scoring 42 goals in 81 appearances for the Netherlands since making his debut against Turkey in October 2013.

Depay joined FC Barcelona on a free from Olympique Lyonnais in the summer of 2021 and has had 16 goal involvements (14 goals, 2 assists) in 41 appearances across all competitions.