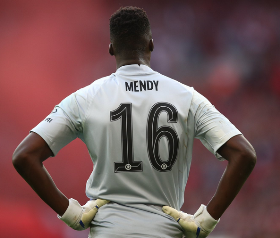 Ahead of Senegal's World Cup opener against the Netherlands at the Al Thumama Stadium on Monday, Chelsea stars Kalidou Koulibaly and Édouard Mendy have been singled out for praise by  three-time World Cupper Austin Okocha.

Senegal suffered a major blow before the start of the World Cup, with their talisman Sadio Mane ruled out of the tournament in Qatar due to a fibula injury he suffered in a Bundesliga clash against Werder Bremen.

Teranga Lions coach Aliou Cissé can call upon the services of two other players that played key roles in helping Senegal win the 2021 African Cup of Nations, goalkeeper Mendy and captain of the team  Koulibaly.

Senegal go into the match with the Netherlands with confidence having lost only one game over the last two years.

"It's always good when you have a solid goalkeeper (Mendy) that you can rely on if your defence is breached. They are going into this World Cup full of confidence - African champions," Okocha said on SuperSport.

"They have got top players Koulibaly, the captain, a great leader. Unfortunately they are missing Mane but I think players have to step up and fulfill their potential. "