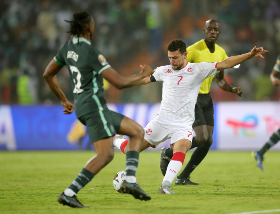 Former Nigeria manager Gernot Rohr believes one of Africa's representatives at the 2022 World Cup, Tunisia have a chance of challenging for second position in Group D.

The Tunisians open group play against Denmark at the Education City Stadium, Al Rayyan on Tuesday, before games against Australia and world champions France.

The Eagles of Carthage have never reached the knockout rounds of a World Cup in five previous attempts, winning only two of their fifteen matches,.

Rohr is an expert on Tunisian football having coached Etoile Sportive du Sahel in the past and faced them during his time as Super Eagles coach.

The German football tactician highlighted that the Tunisians are strong in defence and they can punish opponents on the counter-attack.

"They have good players. Most play in France. We know they are strong up front, quick on the wings and always very good with the ball in the center of defence. Usually also a good goalkeeper. They concede few goals," Rohr told wettbasis.

"In the spirit of the Tunisians, the defensive is the most important thing. Not getting a goal and then playing on the counter with the fast strikers."

Rohr revealed that Tunisia finishing second in Group D behind France is not unrealistic.

"This is your chance. They have a chance to challenge Denmark for second place, albeit as underdogs."

One of the promising players in the Tunisian squad is the 19-year-old Manchester United-owned midfielder Hannibal Mejbri.