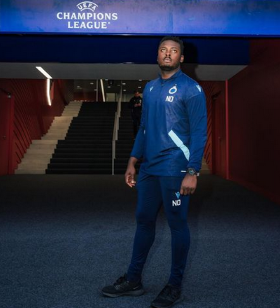 Nosa Obasohan is set to return as coach of Club Brugge's academy team, Club NXT, according to reports.

The well-informed Belgian newspaper Het Nieuwsblad writes that the Nigerian football tactician will have a different role within the club following the appointment of Scott Parker as Club Brugge's new head coach.

Former Fulham and Bournemouth manager Parker will be unveiled as the new coach of Club Brugge on Monday afternoon after agreeing a two-and-a-half-year contract, and succeeds Carl Hoefkens, who was relieved of his duties as Club Brugge coach in late December following a poor run of results in domestic competitions.

Obasohan was Hoefkens' assistant at Club Brugge and his future has to be clarified in the wake of the dismissal of the former Stoke City defender as Parker usually works with his own assistants.

The 35-year-old Obasohan, holder of a UEFA A license, was coaching Club Brugge's U16 team before getting a promotion last summer.

Previously the Nigerian was video analyst for Belgium U19 national team, KFCO Beerschot and KVC Westerlo, and managed the youth teams of Westerlo.