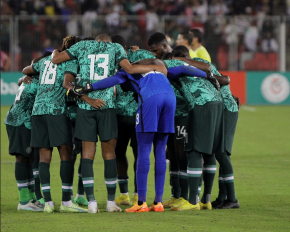 The winter transfer window is open across the world but majority of the business are done in mainstream Europe.

Expectations are somewhat low in terms of seeing Nigerian players move to new clubs especially those in the upper echelons of the game in Europe.

The Super Eagles failed to reach the 2022 FIFA World Cup in Qatar and so attention was not on the team and players.

With the transfer window just two weeks away from coming to an end, which Nigerian players are we tipping to remain at their clubs despite interests in them or the possibility of such happening due to their current forms or potentials?

The caveat though is the interested clubs paying over the odds to secure their services.

There is no way Serie A Napoli will sell talismanic striker, Victor Osimhen, in this January transfer window unless the 'buying' club pays ridiculous amount of money.

Napoli are atop the Serie A and Osimhen on Friday took his tally for the season to thirteen following his brace in the 5-1 mauling of Juventus.

With the possibility of lifting the Scudetto, Napoli are not ready to sell unless crazy money comes in before January 31.

Atalanta forward, Ademola Lookman is doing exceedingly well for the Serie A side.

This season, the former Leicester City forward has scored nine league goals in 17 matches for his team.

It is almost inconceivable that the Italian side will let such an important player leave unless a team pays heavily for his services in a very difficult window.

With Everton struggling at the wrong end of the Premier League table, they will be reluctant to do business with any club this month.

Iwobi is clearly one of the best players at Goodison Park and unless Frank Lampard considers him indispensable with hopes of getting some bargains, the Toffees won't sell the Nigerian for selling sake.