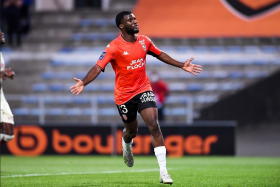 Terem Moffi has sent a message to his former teammate at Lorient, Dango Ouattara after the transfer of the Burkina Faso international to Bournemouth.

The talented winger became The Cherries first signing of the January transfer window after putting pen to paper on a five-and-a-half-year deal which keeps him at the Vitality Stadium until 2028.

Bournemouth have pulled off a massive transfer coup to land the signature of Ouattara who was heavily courted by other Premier League clubs.

The Ouagadougou-born player was teammates with Moffi for two years and three months, with the winger joining Lorient in the summer of 2020 before Moffi's acquisition from KV Kortrijk in October of the same year.

Of the twelve goals scored by the Super Eagles star this season, he was fed on four occasions by Ouattara. 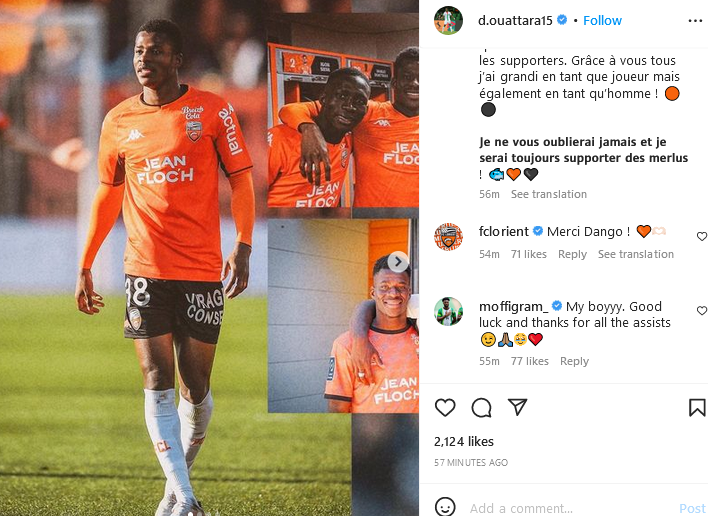 The Burkina Faso international took to Instagram to send a heartfelt message to everyone associated with Lorient shortly after completing his move to Bournemouth.

Responding to Ouattara's post, Moffi wrote : "My boyyy. Good luck and thanks for all the assists".

Moffi has been linked with a move to the Premier League in the winter transfer market, with Bournemouth, West Ham United and Southampton among his suitors.