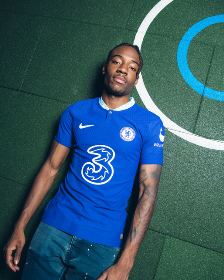 Chelsea manager Graham Potter has started running the rule over new signing Chukwunonso Madueke with a view to handing the Super Eagles-eligible player his competitive debut in the club's next match - a London derby against Fulham at Stamford Bridge.

As part of their Vision 2030 project, the Blues snapped up the England U21 international of Nigerian descent last week, tying him up to a seven-and-a-half-year deal with a club option for the 2030-2031 season.

PSV Eindhoven agreed to terminate the 20-year-old's contract before its expiration in exchange for 35 million euros.

Chelsea confirmed through their official website that Madueke took part in a light training session at Cobham Training Centre on Monday and added that his potential debut comes in ten days time in a Premier League match against Fulham.

The exciting winger has not really played much this season as he spent the first two months of the season on the sidelines due to an ankle injury he suffered during pre-season preparations at PSV Eindhoven.

Madueke, a product of the Tottenham Hotspur academy, played three matches against Premier League opposition during his PSV days, against Arsenal in the Europa League and Leicester City in the Europa Conference League.