Did Aribo make a massive mistake swapping Rangers for Southampton? 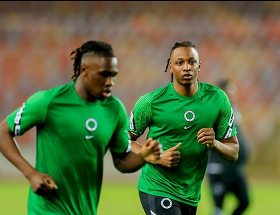 The languid midfielder was not listed in the matchday squad by his manager in the first leg of the Carabao Cup semi-final match against Newcastle United on Tuesday evening.

Since his move to the Saints last summer, the Nigerian international has played in 18 league games, two in the Carabao Cup and one FA Cup 3rd round tie, making thirteen starts from a possible possible twenty six in all competitions.

Aribo has scored only two goals thus far, both coming in the Premier League - the 2-2 draw against Leeds United on 13th August 2022 and the October 1 meeting against Everton which the latter won 2-1 at St Mary's Stadium.

In the 2021/2022 season, Aribo played an astonishing 70matches for former club Rangers, and country Nigeria.

The Saints are currently bottom of the league table with 15 points from 20 matches and are in serious danger of relegation.

The foregoing is imperative to highlight the fact that Rangers are still one of the top two clubs in the Scottish Premiership along with Celtic.

Rangers are guaranteed a place in either the UEFA  Champions League or the UEFA Europa League.

Aribo wanted a move to the English Premier League, sign for a club where he can play regularly and show the world his undoubted talents.

Southampton seemed the perfect club where there are no huge egos and global superstars to deny him starting berths.

However, the club's fortune at the moment and his reduced number of matches clearly shows that he should have remained at Rangers and be an important part of the squad.