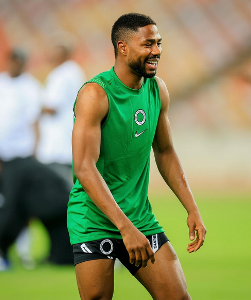 Allnigeriasoccer.com can exclusively report with certainty that  Championship promotion hopefuls Watford are considering a swoop for onetime Nigeria Football Federation target Ike Ugbo ahead of the close of the January transfer window.

The cap-tied Canada international of Nigerian descent could be making a return to England, less than two years after ending his association with Chelsea, where he spent thirteen years.

The Hornets hold concrete interest in Ugbo having held talks with the striker's camp about a transfer, but may need to move on a player before they can try and sign him from French Ligue 1 club Troyes.

Watford will be facing competition for the services of Ugbo, who is also on the radar of Bournemouth, but there's nothing concrete with the Cherries at the moment.

Troyes are looking to sell the former England youth teamer for a minimum of five million pounds.

If Watford sign Ugbo, then it means Super Eagles striker Emmanuel Dennis, who has been linked with a return to Vicarage Road this month, is likely to be staying put at Nottingham Forest for the remainder of the season.

Dennis was advised against joining Nottingham Forest but he stuck to his guns by making the move to the City Ground despite interest from the likes of Everton, Crystal Palace and Brentford.

The move to Nottingham Forest hasn't really worked out for him considering that he has struggled for playing opportunities under manager Steve Cooper. with only three starts in the Premier League.