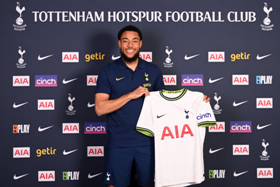 The Lagos-born Netherlands international will play for the north London club for the remainder of the 2022-2023 season, with a purchase option included in the agreement.

Danjuma was on the brink of linking up with another Lagos-born player at Everton in Alex Iwobi but changed his mind, coinciding with the dismissal of Frank Lampard as the Toffees manager.

He has some Premier League experience under his belt, making 14 appearances for Bournemouth over the course of the 2019-2020 season.

The 25-year-old has fallen out of favour at Villarreal since the restart of La Liga after the World Cup break, logging just one minute from a possible 360.

Awoniyi was teammates with Danjuma at NEC Nijmegen in the 2016-17 season and both have maintained close ties even after moving on to pastures new. 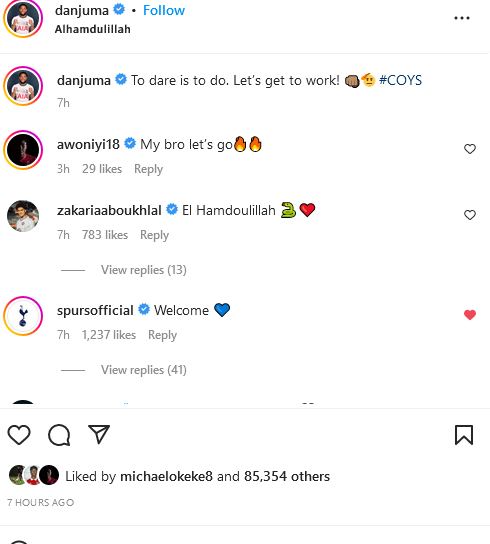 After the transfer was confirmed by Tottenham Hotspur, Danjuma wrote on Instagram : "To dare is to do. Let’s get to work!"