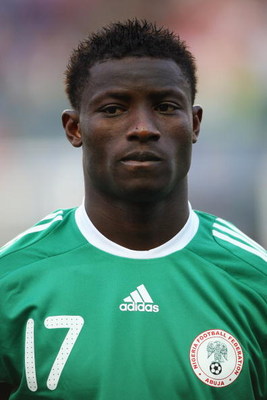 The relationship between Club Brugge and Joseph Akpala might be extended for at least a further two seasons next week, Belgian website voetbalprimeur.be has disclosed on its website.

Akpala runs out of contract with the Belgium vice-champions at the end of the 2012-2013 season. Negotiations between the Nigerian international and Brugge's management had been ongoing. It now appears both parties have reached an agreement on a contract extension.

At the start of the season, Akpala was frozen out of the squad, and there was talk of a departure from Brugge. He was said to be on the shopping list of clubs in Germany, Turkey and Spain.

The former Bendel Insurance star gradually re-established himself into the first team, and ended up as top scorer for the blue army with 22 goals in all competitions.