JOEL OBI Ruled Out Of Nigeria's June Games, Out For One Month 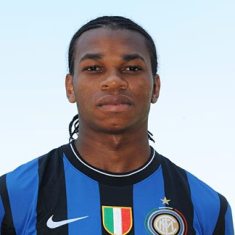 Huge blow for Coach of the Super Eagles, Stephen Keshi. Inter Milan whiz-kid Joel Obi, one of the players the ex Anderlecht libero is counting on for June's quick-fire games against Namibia, Malawi and Rwanda, has been ruled out of action for a month.

The 21-year-old has been diagnosed by club doctors with a muscle problem in his left thigh which has made the youngster unavailable for today's final game in the Serie A with Lazio.

Obi will be further scrutinized by club doctors on Sunday to know the severity of injury. Similar injuries keep a player on the sidelines for at least four weeks.

This campaign, the Nigeria international played 27 games for the  black and blues. Inter could still qualify for next season's UEFA Champions League if results go the team's way on Sunday. They are only three points behind third placed Udinese.