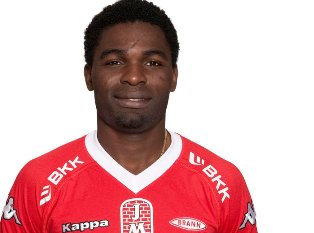 Brann SK winger Chuks Akabueze was on show at the åråsen Stadium on Sunday. The Nigeria international scored a hat-trick in Brann's 4-3 victory over Lillestrom.

Only last week, allnigeriasoccer.com revealed that the 23-year-old was beginning to flourish in Norway's elite series after a disappointing 2011 season.

At the end of last campaign, pundits rated Akabueze the worst player in the Premier League. In the close season, there was even talk of a departure from Brann to his past club Odd Grenland. But the transfer hit a snag, the player preferring to remain at Brann, and fight for his first team shirt.

Form is temporary, class is permanent. Akabueze was naturally the happiest man that left the stadium on Sunday.

''It's a great game for me and the team. We need to take this opportunity to start winning matches, and I have to build on this moment,''Akabueze told ba.no.

Brann, who parade another Nigerian - the hot in demand forward Kim Ojo - are 13th on the 16-team table.
Latest News