OBAFEMI MARTINS Off To Vacation 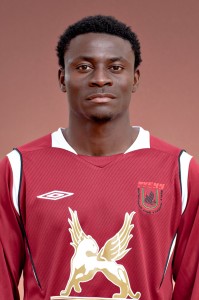 Russian Cup winners Rubin Kazan after the 3-1 victory over CSKA Moscow in the 44th round of matches in the Premier League announced that the players and staff of the club will be allowed to go on a one-month vacation.

Nigeria international Obafemi Martins and the rest of his teammates are scheduled to start summer training June 8 in their traditional summer camp in Austria.

Martins played eight games in the league for Rubin this past season, and was on target against millionaire team, Anzhi Makhachkala in April.