Subscribe
Exclusive: OB Odense Did Not Offer ABIA ISRAEL A Contract
Published: May 25, 2012 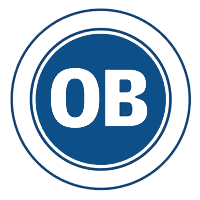 Nigerian forward Abia Israel Ifeanyi after days trialing with Danish club OB Odense has not been offered a contract, allnigeriasoccer.com can exclusively reveal.

Director of Sports of OB Odense, Poul Hansen confirmed the development to allnigeriasoccer.com on Friday saying the 18-year-old is not ripe to play in Denmark.

''Abia Israel is not going to get a contract offered. He is only 18 years old, but not far enough in his development to play in the Danish Superligaen. He is not a possibility for OB,'' Poul Hansen, director of sports of OB Odense, told allnigeriasoccer.com.

Abia Israel plays in the second division in Ghana, and has returned to base. If Abia had been offered a contract, he would have been the second Nigerian striker to play for the three-time Danish champions after Super Eagles player, Peter Utaka.