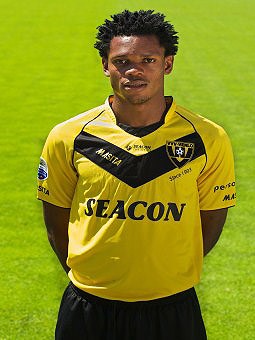 Belgian club Cercle Brugge have officially announced that they have signed the former VVV Venlo forward Michael Uchebo on a two - year deal with an option for an additional season.

Uchebo, dubbed the new Nwankwo Kanu because of his height, spent three seasons at VVV Venlo. The Limburg based club due to the high wages Uchebo was to earn chose not to extend the contract of the ex Nigeria youth - teamer.

The 22- year-old arrives the two-time Belgian Cup winners as a free agent. Should Joseph Akpala remain at Club Brugge, both Nigerians will contest the fierce Brugge derby in the 2012 - 2013 season.